Many people often believe that because they have been charged with a drinking and driving related offence that they will ultimately be convicted of the charges and lose their driving privileges. This in not necessarily the case and there are several “typical” defence strategies that are considered on a case-by-case basis:

The Carter Defence is based on the assumption that the breath analyzer was not working properly and that there is a possibility that the resulting reading was incorrect. Typically this defence is used when the charged individual is certain that he/she did not consume the amount of alcohol necessary give rise to the breath results achieved.

There is often documented evidence available to assist with this defence strategy. The accused may have a credit card receipt or a bar bill that indicates the amount of alcohol purchased and at what time. In addition, independent witnesses such as a friend or business associate who was present at the time of drinking or the bartender or wait staff can provide independent confirmation of your drinking pattern which will support the Carter Defence strategy.

We at Neuberger & Partners LLP believe in spending a considerable amount of time with potential witnesses, training them in the techniques for being an effective witness. We also employ a unique strategy for preparing the evidence and subjecting the potential witness to mock examinations and cross examinations.

This defence, also referred to as the “Bolus Drinking Defence”, is based on the assumption that the accused individual was stopped by the police a few minutes after “guzzling” their last drink. These circumstances can result in the alcohol not being fully absorbed in the accused body at the time the breath samples were taken.

Occasionally the police do make mistakes and they do not provide the accused with their full array of rights to counsel without delay upon arrest or detention. The authorities are required to ask the accused if there is a particular lawyer he/she wishes to speak with, and they should also provide a telephone and privacy to the accused, depending on the circumstances of the case.

Over Three Decades Of Practice

Founded in 1993, Neuberger & Partners LLP is a high profile Toronto law firm with exclusive focus on criminal law. Our lawyers have represented clients in simple, complex and high-profile cases throughout the Greater Toronto Area and across Ontario.

Canadian law prohibits a driver from having a blood alcohol level over 80 milligrams per 100 millilitres of blood. Individuals who cause accidents while driving while impaired can face significant criminal charges...

It is a criminal offence to operate a motor vehicle under the influence of drugs. These charges are usually documented by means of standardized field sobriety tests taken at the roadside under the observation...

Refusing to provide a breath sample is a crime in Ontario and elsewhere in Canada. While these cases may seem cut and dried, in that you either perform the test or you don’t – there may still be other legal and factual...

If you are convicted for refusing to submit to a roadside alcohol screening, you will face the same penalties as for impaired driving or driving over 80. For a first-time offender, these include suspension of your...

The consequences of being found guilty include, most importantly, a criminal conviction for the offence for which you were found guilty. There are additional consequences that are both financial and liberty...

Conviction of a drinking and driving related charge will result in a permanent criminal record. Your photograph and fingerprints will be retained by the RCMP and will become easily accessible by law-enforcement...

Many people often believe that because they have been charged with a drinking and driving related offence that they will ultimately be convicted of the charges and lose their driving privileges. This in...

Conviction of impaired driving, over 80, refuse breath sample, or other related charges may result in limited travel abilities. Other countries, including the United States, can prevent entry into their country if the individual...

In any impaired driving case, there may be one or more defences that could lead to the dismissal of the charge or a reduction to a lesser offence. Among the most significant of these is the “Last Drink Defence,” sometimes...

If you wish to regain your license at the expiry of the driving prohibition period, you will need to participate in a mandatory provincial assessment program at your expense. (Approximate fee for this assessment is $500.00.)...

Did the Police provide you with the proper documentation? Was it complete within the requirements of the law? Was there a Certificate of Breath Technician provided to you? Is any of this paperwork inadmissible in court for any reason?

When was the machine last calibrated? Was it in proper working order? Did the police have “reasonable suspicion” to request a breath sample? How much time past from the time the officer stopped you and the time that you provided the breath sample? Was the individual who administered the test properly certified to do so?

Technical Defences and Charter based Challenges to the Evidence

How much time has past since you were charged? Are you receiving their “day in court” in the timely fashion, as required by law? Was there an abuse of process? Did the officer have “reasonable and probable grounds” for stopping and arresting you? Was there an unreasonable search and seizure of the yourself and/or your vehicle? Did the officer allow counsel of choice?

People often confuse “technicalities” with loop-holes in the law. However, nothing could be further from the truth. These “technicalities” are hallmarks of a well functioning democratic society. Our Charter of Rights and Freedoms provides a rich backdrop against which we can assess police conduct in dealing with the everyday citizen. It is important to ensure that the rights of an accused are fully protected. Often the police intentionally or unintentionally may unlawfully interfere with the rights of an individual. These violations can, if properly argued, result in exclusion of incriminating evidence which will contribute to a person be found not guilty of the offence or offences. 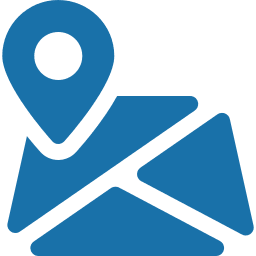 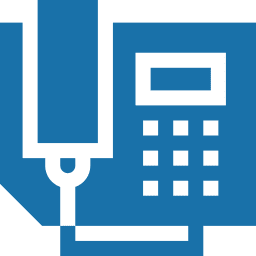 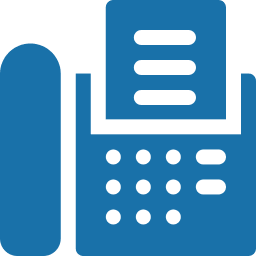 The Youth Criminal Justice Act has Consequences for Murder Convictions

What is a ‘Prior Sexual Act?’

Neuberger & Partners LLP When discussing defending a sexual assault charge, there are often many nuances held within...

Human Rights Day 2022 – “Dignity, Freedom and Justice for All”

Commemorating the 75th anniversary of the Universal Declaration of Human Rights “Whereas recognition of the inherent...

Have You Been Entrapped? Supreme Court of Canada Clarifies What Counts as Entrapment

By Joseph Neuberger and Liam K. Thompson Last week, the Supreme Court of Canada released a number of decisions stemming...